Last Saturday, 18 November, the Cross-Country Ukrainian Championship “Ukrainian Cross – Country” finished in Uman. Alebor Group was among main organizers of this spectacular event, that’s why the 6th final stage of the championship was named ALEBOR RACE. Despite of changeable and truly autumn weather this event gathered over 50 participants and a few hundreds of fans from all over the country.

During official opening ceremony Oleksandr Tsebriy, the Mayor of Uman city, welcomed the guests and participants of the contest and noted that Uman is a sports-friendly city where a lot of sports are developing, in particular, motorsports.

I am very pleased, that there are people who take engine roars as the best melody and petrol smell as the better perfumes, – Oleksandr Tsebriy emphasized 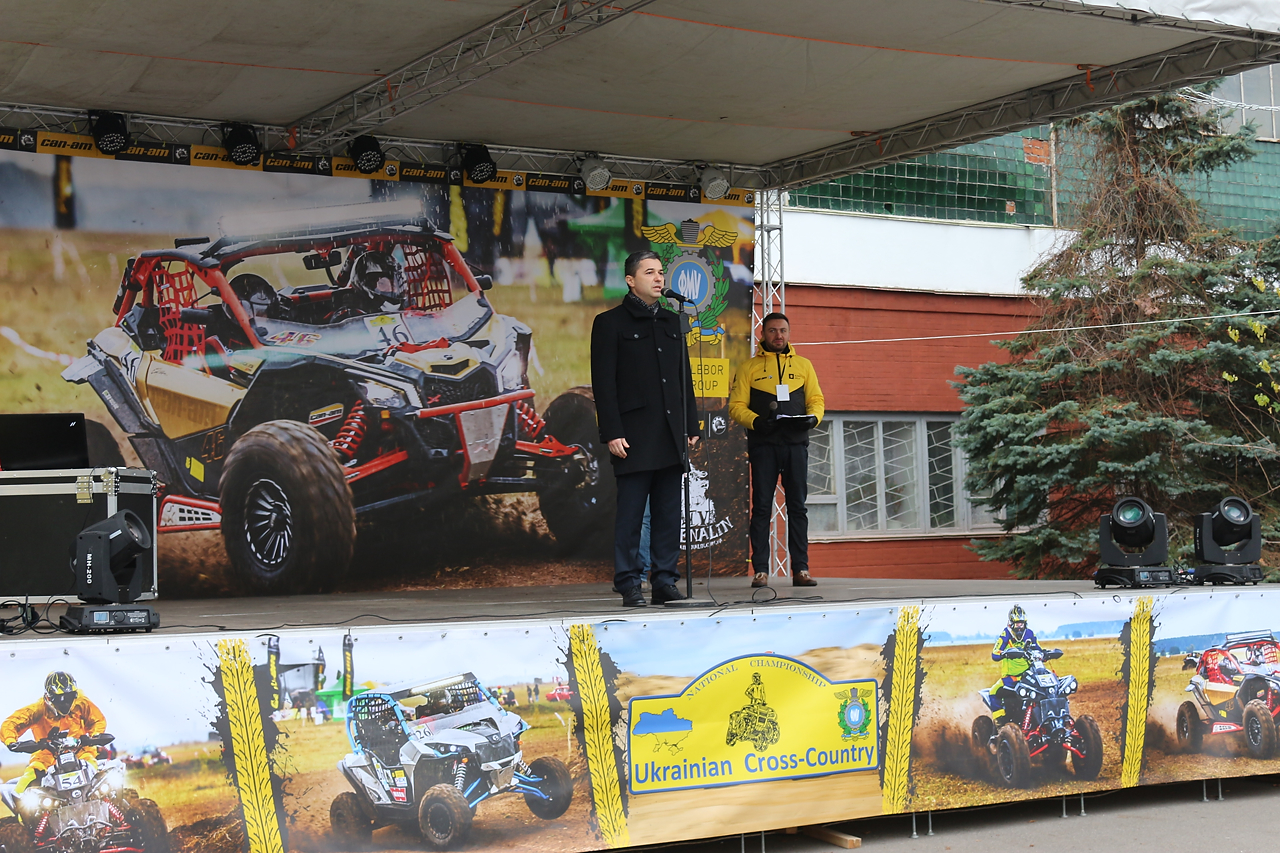 These words of Uman’s Mayor are the best to characterize Alebor Group’s team who set an aim to make Uman a center of motosports and car racing. Alebor Group is actively engaged not only in cross-country championship stages arrangement.

In June this year Uman hosted the second stage of Ukrainian Rally Championship “Rally Uman”. One of track sections of this championship ran through the current cross-country track.  The track has been improved and it is much safer now; a new and more spectacular track section with a ramp was added to increase the level of adrenalin not only within the audience but for pilots as well. The track improvements were performed by experienced specialists and sportsmen who further participated in rally themselves.

Vitaliy Nekhoda, two-time Ukraine Cross-Country champion, pilot-in-command of Crew with Number 777, UTV-TURBO Champion, noted in his interview that organizers have thought out every detail of the contest.

The track kept pilots in a constant state of tension, but it became safer for spectators

Vitaliy particularly noted an inspiring work of Roman Trachuk, the event’s presenter and Rostyslav Podolets, sports announcer from Lviv. The Champion of Ukraine expressed special gratitude to the organizers of this event for their warm reception.

This autumn day’s chill was warmed not only with a hot contest running on the track and fire breaking out right of race car engine turbines, but also with the warmth of barbeque grills full of juicy lamb meat, vibrant presenters who maintained the emotional tension all the day long, and a breathtaking night fire-show after the awards ceremony.

But there were not only the best sportsmen who got prizes. According to the tradition established, the organizers of the championship were awarded a special Certificate of Acknowledgement “For powerful contribution to the successful development and support of quad sports in Ukraine” from the representatives of FMU and founders of Ukrainian Cross-Country Championship.

It is not our first experience as co-organizers and title sponsor of Ukrainian Cross-Country Quads Racing Championship. That means we have certain understanding and knowledge in such contest’s arrangement conduct. But every time we deal with it we want to bring a new cherry on a pie for this sports festival. And we’ve really succeed this time! I hope we’ve fully justified the honor to be co-organizers of race in Uman, –  Mykola Machnevych, Director of Boleko Transpot Company commented on the sports event 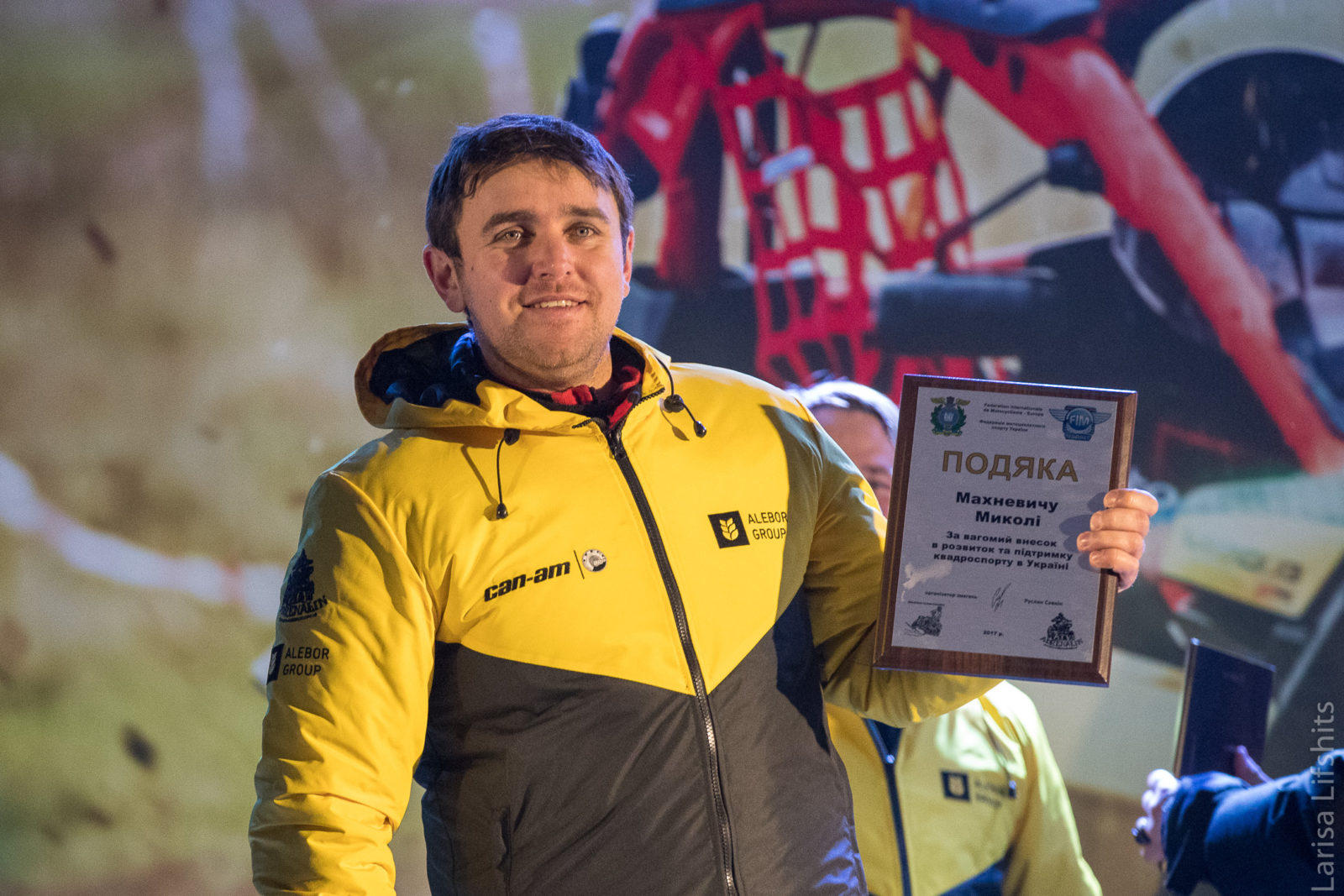 We’d like to note that Mykola Machnevych participated in the race not only as co-organizer, but as a pilot-in-command of Can-аm racing team Crew with Number 21.

Alebor Group of Companies confirms its further intention to support tech kind of sports. See you the next season of moto- and car racing!